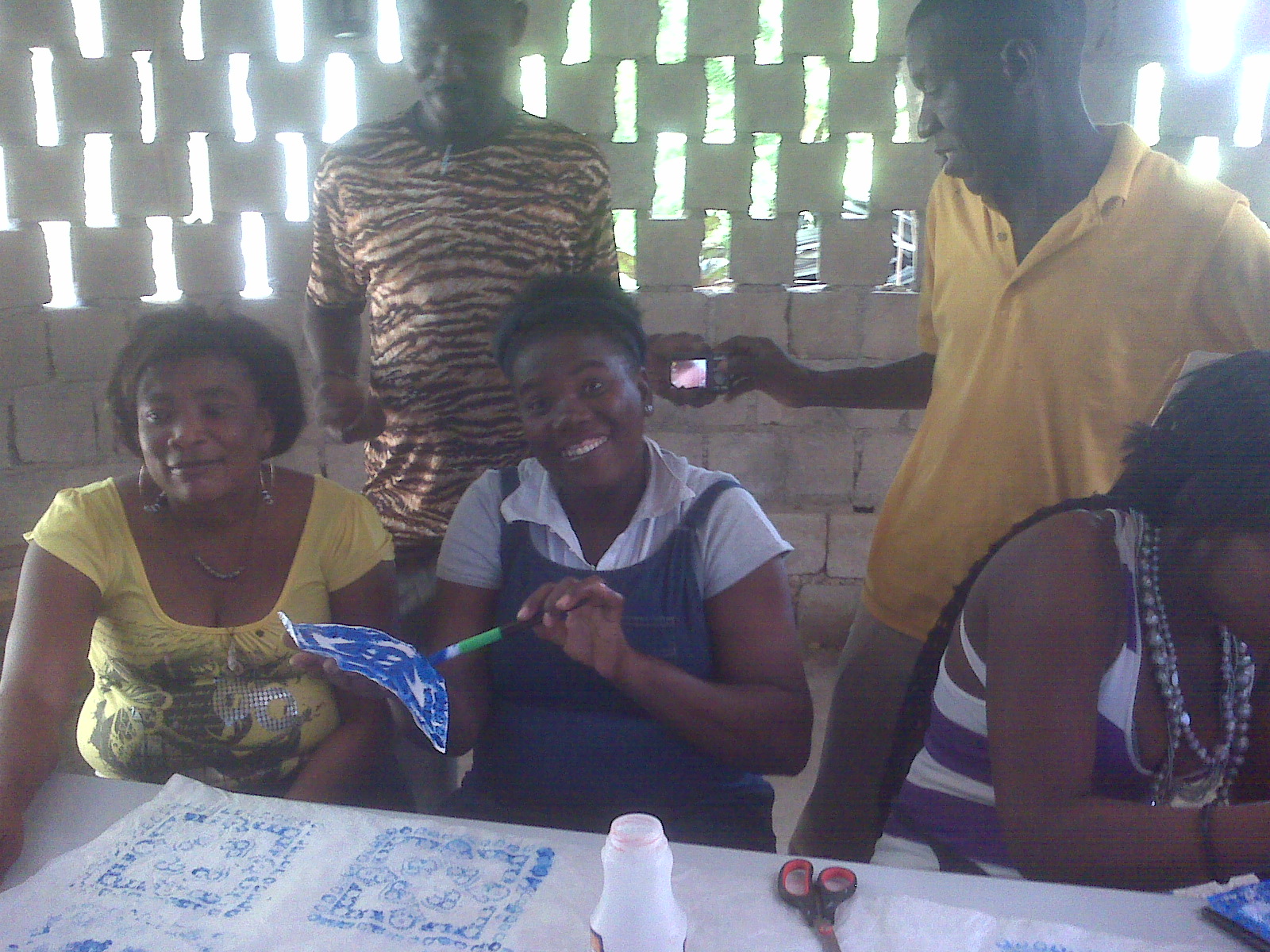 We visited the Haitian based REBUILD Globally in April of 2012. David Lawrence introduced us to the founder, Julie Colombino at a Haitian benefit held at his home. Julie’s story is truly amazing. Julie is a young woman from Orlando, Florida. After the Haitian earthquake in January of 2010, Julie could not sit by idlely and watch the tragedies unfold on her TV screen. She decided to take action and sold everything she owned and jumped on the first flight to Haiti. She did not know how she would help only that she needed to do something to alleviate the pain and suffering of the Haitian people. Julie braved the homeless masses by inviting them to come and live in a warehouse that was provided to a group of foreign non profits who came to help out. Not knowing what to do with her newly adopted family of homeless Haitians she asked them to comb the streets for debris and trash they could retrofit into something useful. They brought back used tires. After a few trial runs they started making sandals out of tires. Julie eventually went on form Rebuild Globally and was able to secure a better location for her team in Tabare. Their hand made sandals are currently available through their website www.rebuildglobally.org. Julie’s organization is a model template for other NGOs to learn from. They harvest rain water and recently created a perma culture garden. They also have 3 egg producing chickens. Their next big project towards becoming more self sufficient is to build a tilapia pond.

While we visited Rebuild Globally we conducted classes on site and showed them how to make other useful items out of trash. We showed their team how to make beautiful collaged vases out of discarded bottles and how to fuse garbage bags found on the streets to make draw string bags for shipping their sandals. We even showed a young homeless boy named Carlos how to repair his hole ridden tent by sandwiching his tent in between garbage bags and then fusing them together with an iron.

We learned a lot from Julie and her team at Rebuild Globally and have shared their success stories and lessons with other NGOs under our purview.

We are looking forward to our next follow-up trip to Haiti where we will show team Rebuild Globally how to plant fast growing bamboo and produce eco efficient coal. They can also use their home grown bamboo to make fishing poles and other useful items. Operation Mending and Ending Deforestation is under way!

Great job team Rebuild Globally! We look forward to seeing you next year!!!