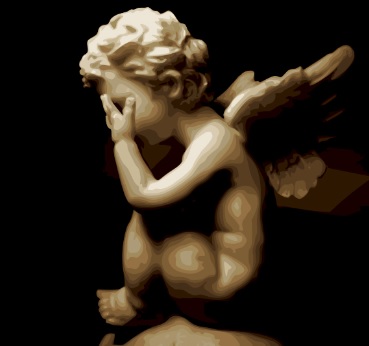 With a plethora of “Open Letters” on the Internet, I decided to write my own. Here is my open letter to EVERYONE:

What has happened to us? Where has humanity escaped to? Where is our sense of compassion?

As Richard Branson recently said in his blog, “The dismantling of the Berlin Wall and end of the Cold War was ‘one of the greatest moments of our lives‘. In a world that is more interconnected and transparent than ever before, let’s raise our voices and call for a peaceful end to this conflict and the right of all human beings to live in peace.”

He went on to make a call on global leaders to find a peaceful solution to the conflict in the Ukraine with an online petition. You can sign it here.

Inspired and stoked by Branson’s heartfelt plea I searched the Internet for more Open Letters to our leaders. I found the following letter from Bono, Malala, Desmond Tutu, MoIbrahim Foundation and others.

And this letter from women to world leaders.

To put it mildly I was estatic to learn of so many heartfelt efforts to elevate humanity and I eagerly added my name to the list of petitions. I myself am no stranger to letter writing. When Putin banned foreigners from adopting Russian orphans I sent him a letter requesting that he lift the ban and instead that he help orphanages conduct screenings and background checks on would be parents. One would think a background check would be a shoe-in for someone like Putin since he is an attorney, was the former head of Russia’s FBI agency, Lt. Colonel of the KGB, Prime Minister and this is his second time serving as the President of Russia.

For years I have sent letters to our various Popes asking them to get help for priests suffering from sexual addictions. Just like bullies, people aren’t born sexual predators, they become one when they are abused. The St. Luke Institute is a hospital dedicated to treating addiction problems for people of the cloth.

I even sent a letter to Bashar Al-Assad begging him to uphold the Hippocratic oath. Before becoming the President of Syria, Al-Assad was a doctor and had worked as physician in the army.

And yes, I even sent a letter to President Obama when I learned about the plight of unaccompanied minors. I grew up in Honduras and know all to well how hard it is to take the Pan American Highway and traverse multiple countries and swathes of deserts and to get all the way across Latin America to Texas. I honestly can’t fathom how someone could slap handcuffs and shackles on a child (some with disabilities) and ship them home without allowing them to receive their due process. I cried when I learned that many of these children were killed within hours of arriving in San Pedro Sula and by the very gangs they were trying to escape from.

Enough is enough. So today we can add my Open Letter to the list of suffrages and a desperate plea to uplift the rights of the voiceless, our children.

We must end child marriage, child slavery, child trafficking, child soldiers, FGM and any form of exploitation and degradation of children.

Please join me on this important quest to elevate humanity and to protect our children. It’s time to take your blinders off, stop pretending this is not happening and do something, anything.

If you want to learn more about orphans and what you can do to help them, feel free to peruse more here.

Om Shanti. Om Padmi. Om Gayatri. Let it be so!